The first FedPayments Improvement Community Roundtable of 2019 was hosted in Orlando, FL on May 7, 2019. For insights from the roundtable, please read our summary (PDF).

Check Out Our Speakers

Speakers for our May 7 Roundtable included: 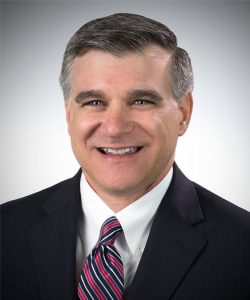 Mr. Sapenaro received a bachelor’s degree in Business Administration from the University of Missouri, Kansas City in 1985. He currently serves on the board of directors of the Greater St. Louis chapter of Junior Achievement. He is married and has three children. 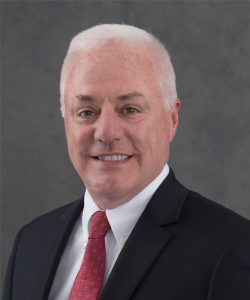 In a national capacity, Montgomery is the Secure Payment Strategy Leader responsible for the Federal Reserve System’s effort to reduce fraud risk and advance the safety, security, and resiliency of the U.S. payment system. As part of this initiative, he chairs the Federal Reserve’s Secure Payments Task Force, comprising more than 200 external payment industry stakeholders.

Montgomery also directs financial management strategies and operations as function director for the Federal Reserve System’s Financial Support Office. He serves on the Fed’s Financial Services Policy Committee, which sets the strategic direction for the evolving U.S. payment system, and he is a former chair and current member of the Federal Reserve’s Conference of First Vice Presidents.

Prior to joining the Boston Fed in 2011, Montgomery was executive vice president and Federal Reserve System chief technology officer based out of the Federal Reserve Bank of Richmond. In this role, he presided over a broad swath of information technology functions that guide and support technology groups at Regional Banks across the Federal Reserve System. His responsibilities included business consulting, technology and strategic planning and standards development, information security policy and risk management, high-intensity solutions engineering, and overall national program management. Montgomery’s Fed career began at the New York Fed in 1983.

He serves as chair of the Boston Private Industry Council—Boston’s Workforce Development Board; is an executive committee member of the Boston Municipal Research Bureau, and the Greater Boston Chamber of Commerce. He serves as vice chairman of the Advanced Cyber Security Center, a nonprofit consortium made up of industry, university, and government organizations.

Theien leads stakeholder engagement by supporting various industry and Federal Reserve work groups and initiatives. She also leads the engagement strategy for the Fed Payments Improvement Community, a group that includes thousands of stakeholders from across the payments ecosystem, to improve the end-to-end speed, efficiency and security of payments in the country.

As part of the Federal Reserve’s payments improvement leadership team, she established and managed the Faster and Secure Payments Task Forces, a coalition of 500+ stakeholders that worked from 2015-2018 to lay important groundwork for advancing payments speed and security.

In her tenure at the Federal Reserve, Theien established national marketing in 2004 and industry relations in 2013. Prior to coming to the Fed, she led marketing and public relations efforts for nonprofit, retail and academic organizations. Theien holds a B.A. in speech communication from the University of Minnesota and an M.B.A. from the University of Minnesota’s Carlson School of Management.

Attendees discussed the following at the May 7 roundtable: